Don’t Be an Unlicensed Contractor’s Next victim! 4-Outdoor is a licensed contractor in Maryland, West Virginia, and Virginia. The following is information obtained from Maryland Contractor’s Board.

Chuck with a Truck
Don’t be an unlicensed contractor’s next victim!
What to do if you meet Chuck with a truck just trying to make a buck.
Chuck is any unlicensed home improvement contractor. He’s very friendly when he’s trying to get your money. Once you pay him, he may disappear or never return your phone calls; he may do a terrible job and cost you more money to have a licensed, reputable contractor repair his mess. Sometimes you see his flyers on your door or a nearby store. He also advertises on the Internet or in the local paper. Sometimes he shows up at your door and says he’s working in the neighborhood. He may be a friend or a friend of a friend. No matter how you meet Chuck with a truck, he’s bad news. You should stay away to protect yourself and your money. Is it really worth it to save a buck with Chuck when it comes to your family’s safety? You could lose much more, including your home.
Ten facts you need to know about unlicensed home improvement contractors:
It is a crime to act as a home improvement contractor, subcontractor or salesperson in the State of Maryland without an MHIC license.

An unlicensed contractor may have a criminal history of violent crimes; he may be on probation. Perhaps he’s also ripped off other homeowners.

Often unlicensed contractors charge for work they never perform or for unnecessary repairs.

Many unlicensed contractors come to Maryland from other states, so recovering money or stolen items can be very difficult.

Often an unlicensed contractor will quote a very low price and then demand more money or engage in a “bait and switch” scam.

If a home improvement ad, contract, or vehicle, says “Licensed and Bonded,” the individual is most likely not licensed and has no bond. Bonding companies typically do not issue performance bonds for residential jobs.

Unlicensed contractors drive vehicles with no MHIC number posted on the sides of the vehicles. Sometimes the MHIC number is a fake, so it’s important to check with MHIC to see if the license number is valid and was issued to the individual who offers the home improvement service.

Many unlicensed contractors held a MHIC license in the past and had their license revoked because they performed shoddy work, failed to complete jobs, or for other violations of law.
Chuck’s Top Five Favorite Scams
“I’m in the area and have some extra materials in my truck. I noticed your driveway needs repair. I can help you today and only charge you half price.”

“I am working in the area so I can give you a special deal because my operating costs are low.”

“If you pay cash, I can give you a better deal.”

“The job is much bigger than I thought – I need more money.”

Charging for new materials or items and then installing used or stolen materials.
Don’t Be Chuck’s Next Victim
Ask to see every contractor’s MHIC license and then check with MHIC to make sure the license is still current. You may check online or call 1-888-218-5925 (toll free) or 410-230-6231 (Baltimore area).

Ask for a copy of the contractor’s current general liability insurance certificate.

If the deal is too good to be true, it probably is. Often a sweet deal ends up being very expensive to repair.
Real Examples of How Chuck Wrecks Lives
In Baltimore County, a group of 4 individuals with criminal histories, including a woman who was still on probation for previous criminal activity, stole over $30,000 from an elderly homeowner by performing unneeded and duplicative jobs over a period of months.
In Cumberland, an elderly man lost $16,000 to a group of driveway sealcoat con men. The thieves made the man drive them to his credit union to withdraw cash. The driveway sealant was a worthless mix of paint and water.
In Howard County, an individual who spent years in jail for armed carjacking and other violent crimes, advertised door-to-door to perform roof and gutter repairs.
In Prince George’s County, a retired couple had a roof collapse after Chuck removed a load-bearing wall and left their home exposed to the winter cold. The couple paid him $20,000 to build an addition onto the first floor of their home.
In Wicomico County, a father-and-son team left a historic home off its foundation for over a year after taking over $50,000 from an unsuspecting homeowner. Along with dissipating the homeowner’s retirement account, the work left the home structurally unsound and caused it to be condemned.

Before you hire any home improvement contractor, contact the Maryland Home Improvement Commission to make sure the contractor is currently licensed.

See the original article at: https://www.dllr.state.md.us/license/mhic/mhicchuck.shtml 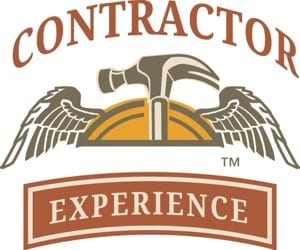